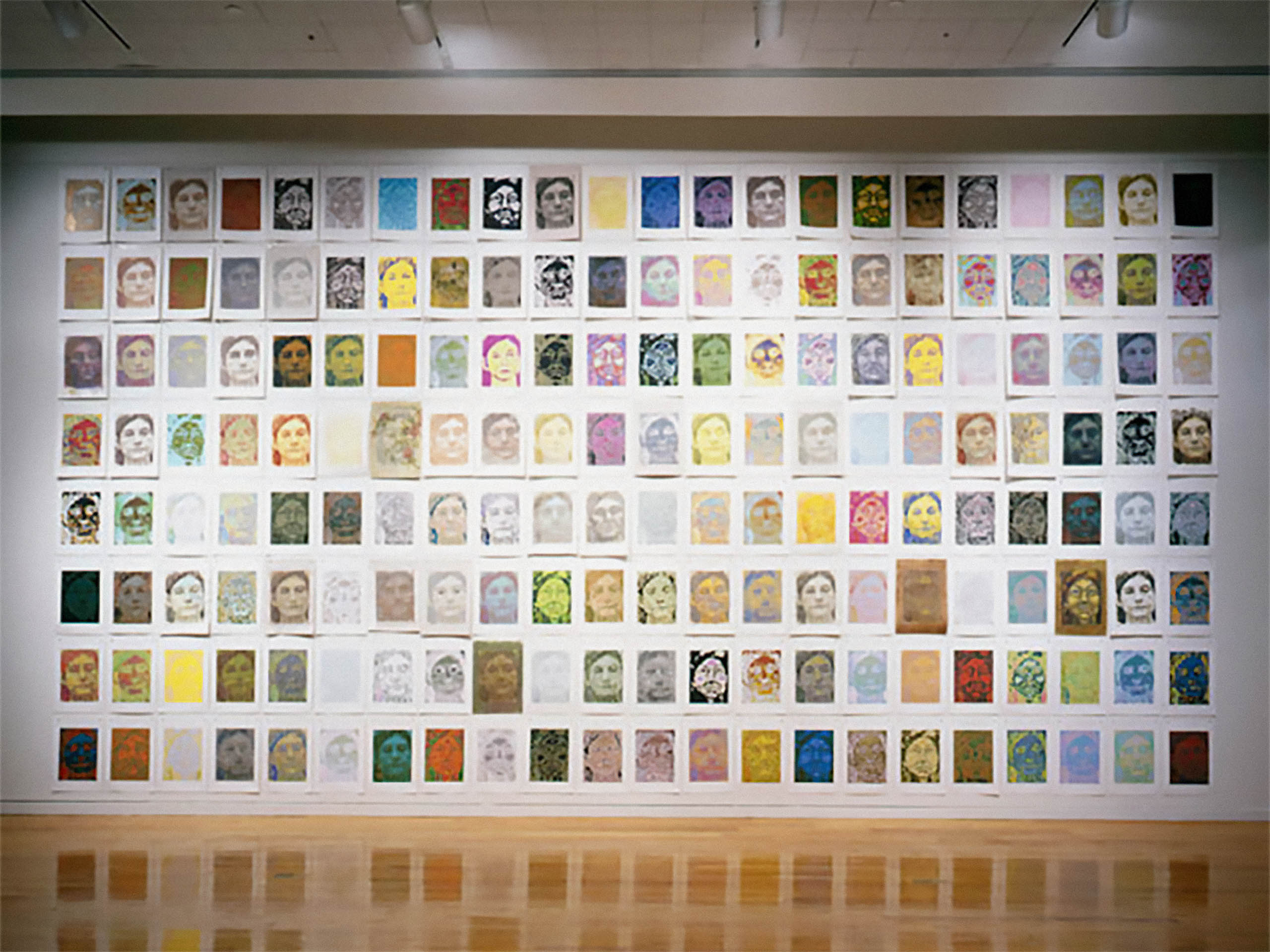 I have used the vehicle of self-portraiture to develop a visual metaphor for the relationship between genotype and phenotype; simply stated, nature versus nurture. My Sam’s warehouse identity card photograph represents the genotype which is the description of genetic potential. What could be more American than an access card to consumerism on a large-scale? The identity card photo defines the potential and sets some limits for the images that will result from it.

The phenotype, the entity that we can observe and describe arises from the genotype. I scanned the Sam’s club photographic image from the card at six different resolutions and began printing from aluminum photolithography printing plates. Many subsequent iterations from the genotype plates included collage, video animations, multiple mediums, and weaving prints together. In this way a spectrum of phenotypes one would encounter in many laboratory experiments is mimicked. 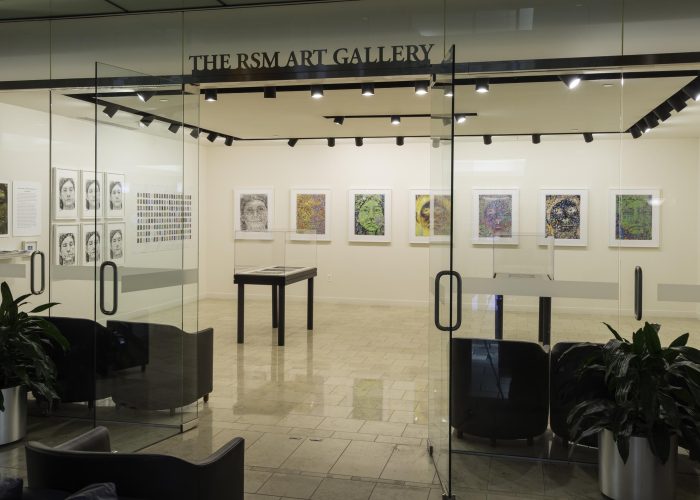 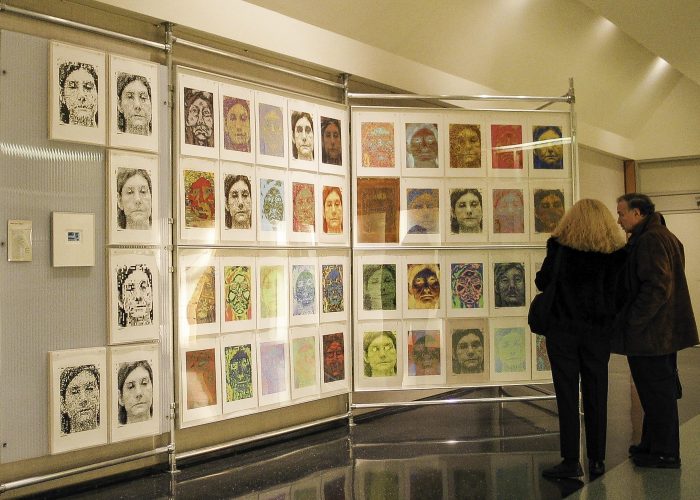 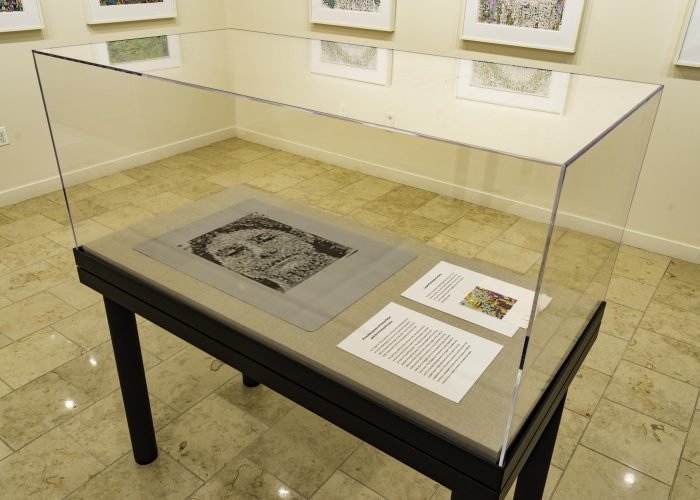 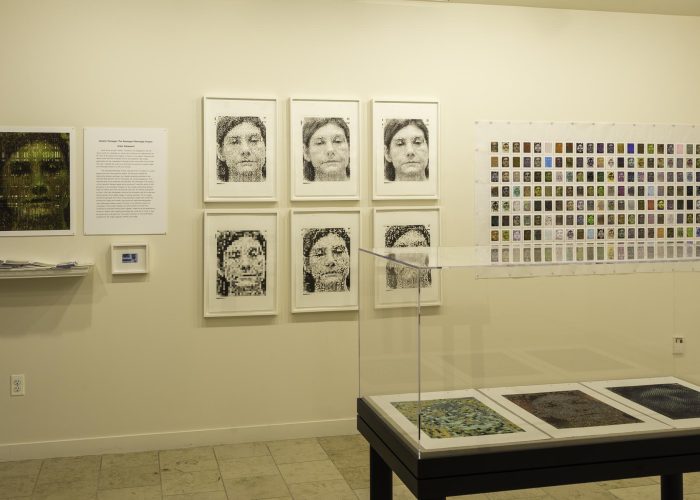 The Sam’s card photograph image served as the founding genotype from which 176 phenotypes 11” x 22” in size were created. They represent the diversity of phenotypic expression that is possible from a single genotype. 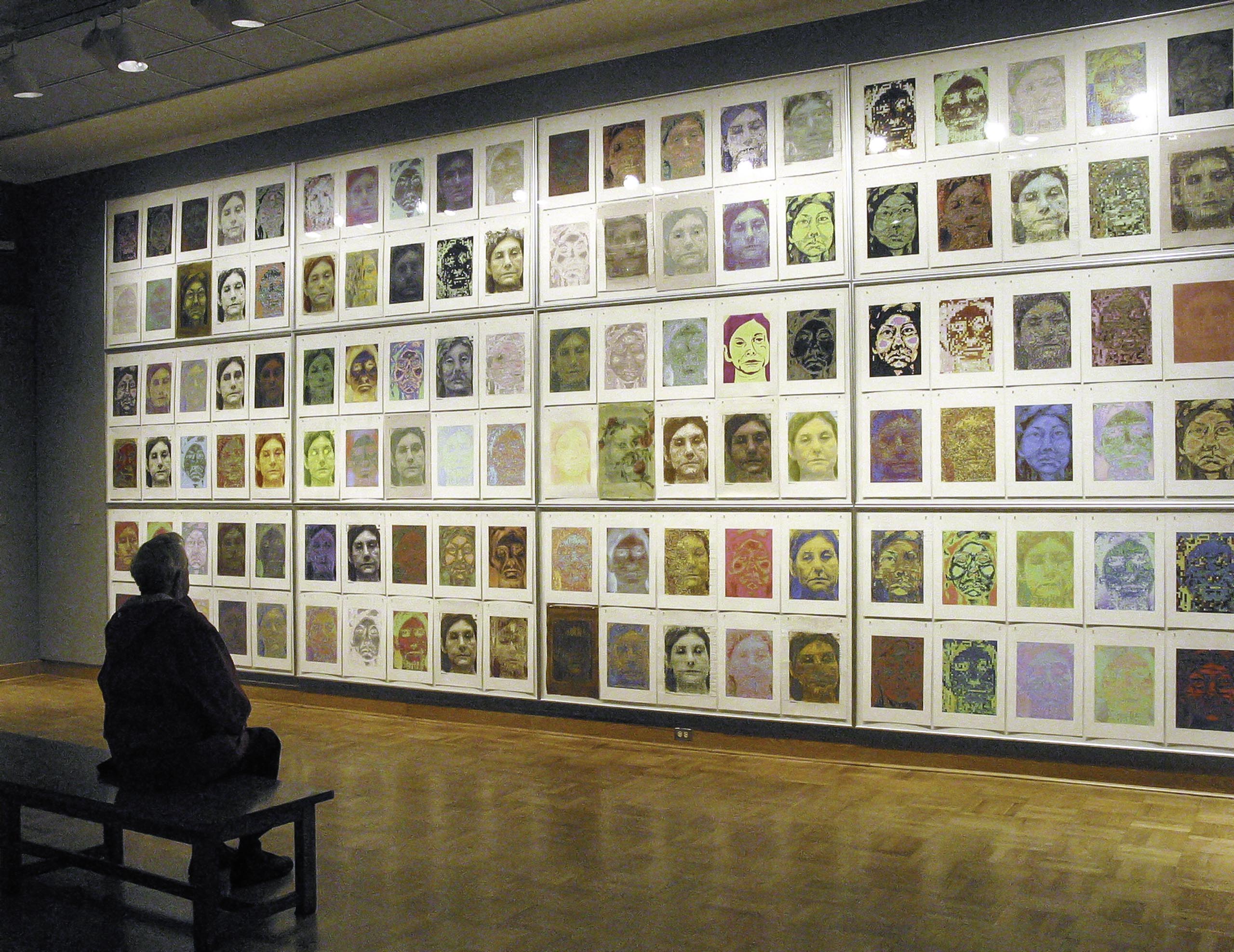 I continue to explore the phenotypic diversity idea with larger scale self-portraits which measure 24” x 32”. Each image has been woven from two prints, which combine to make a new, yet more complex self-portrait. 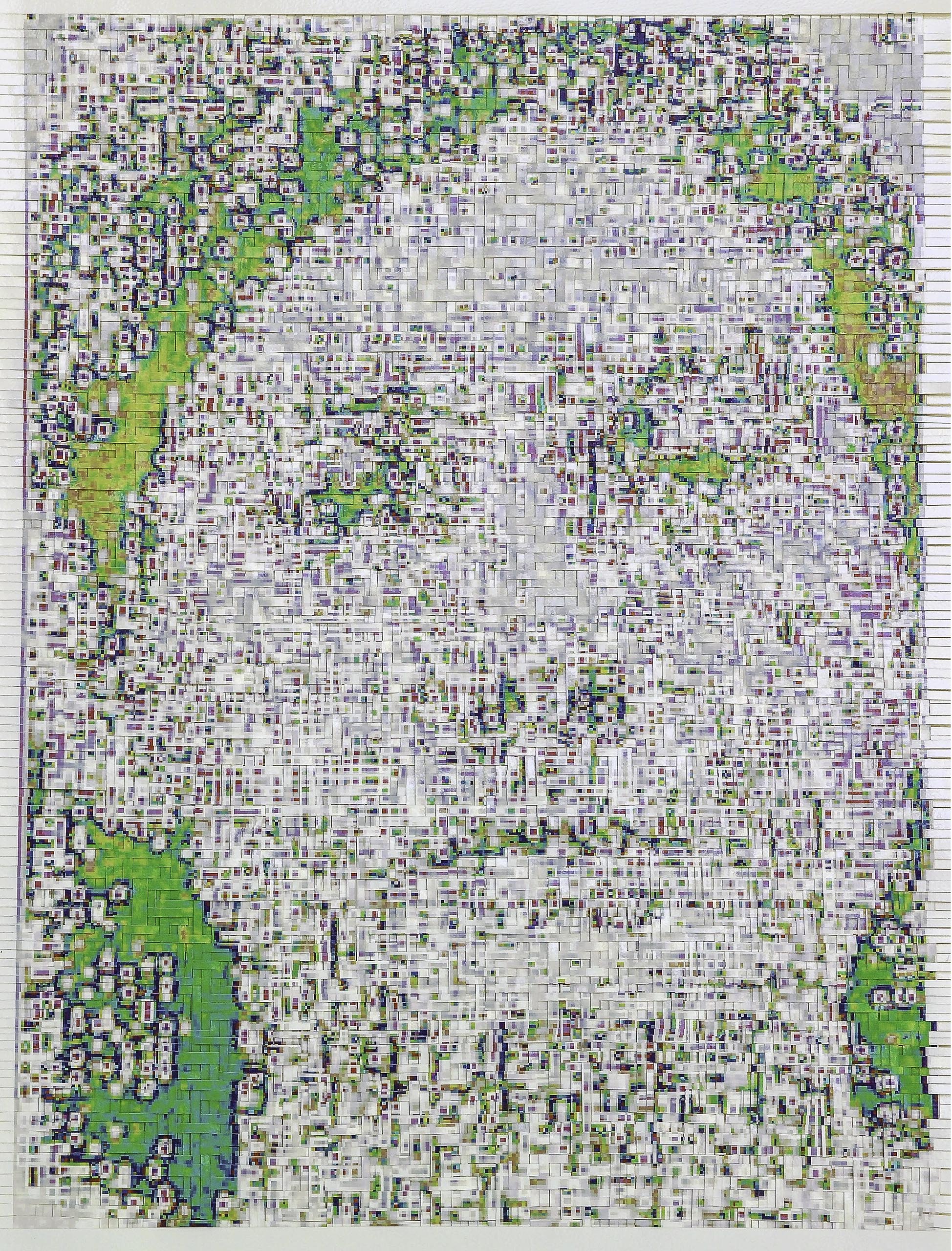 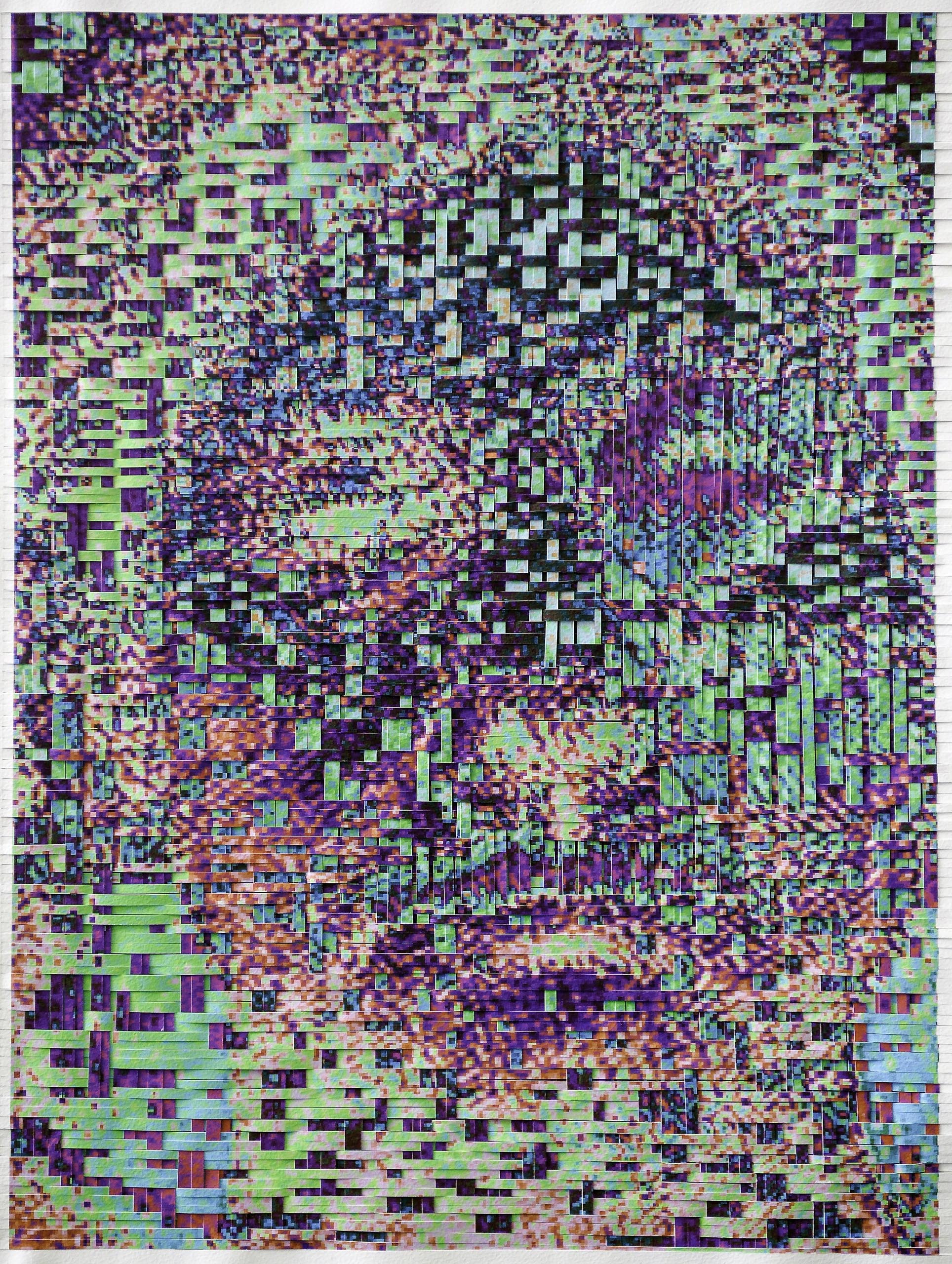 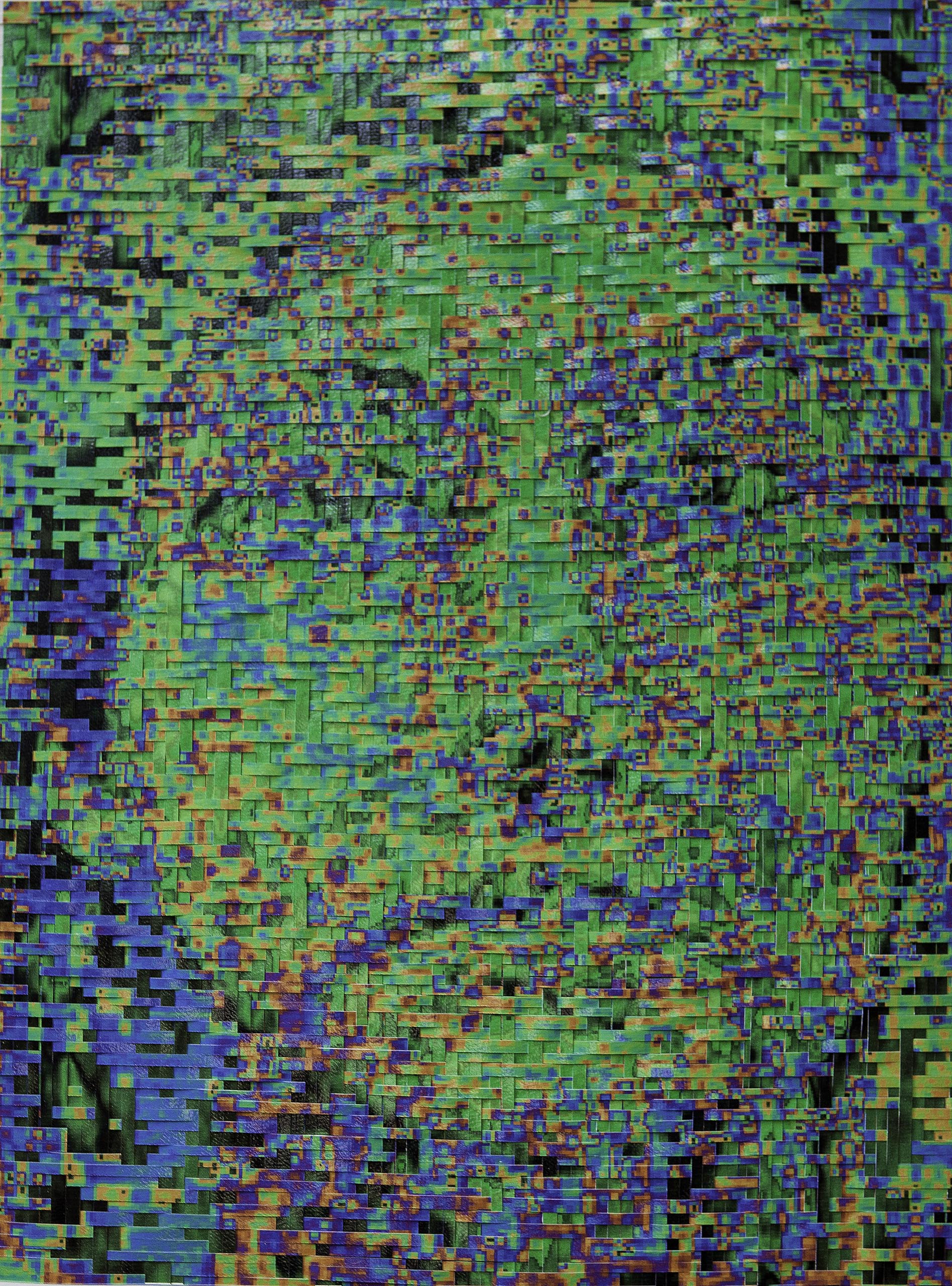 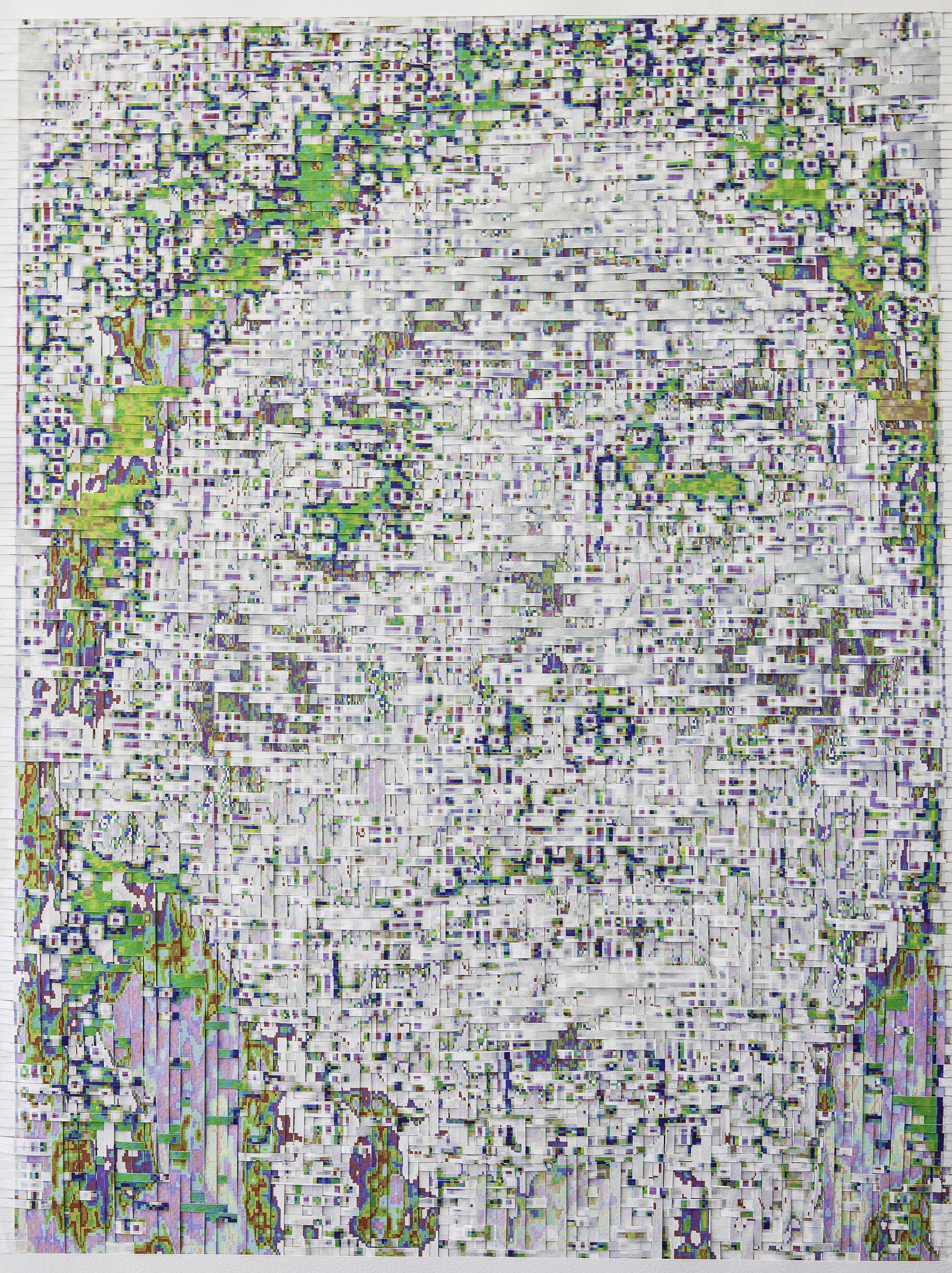 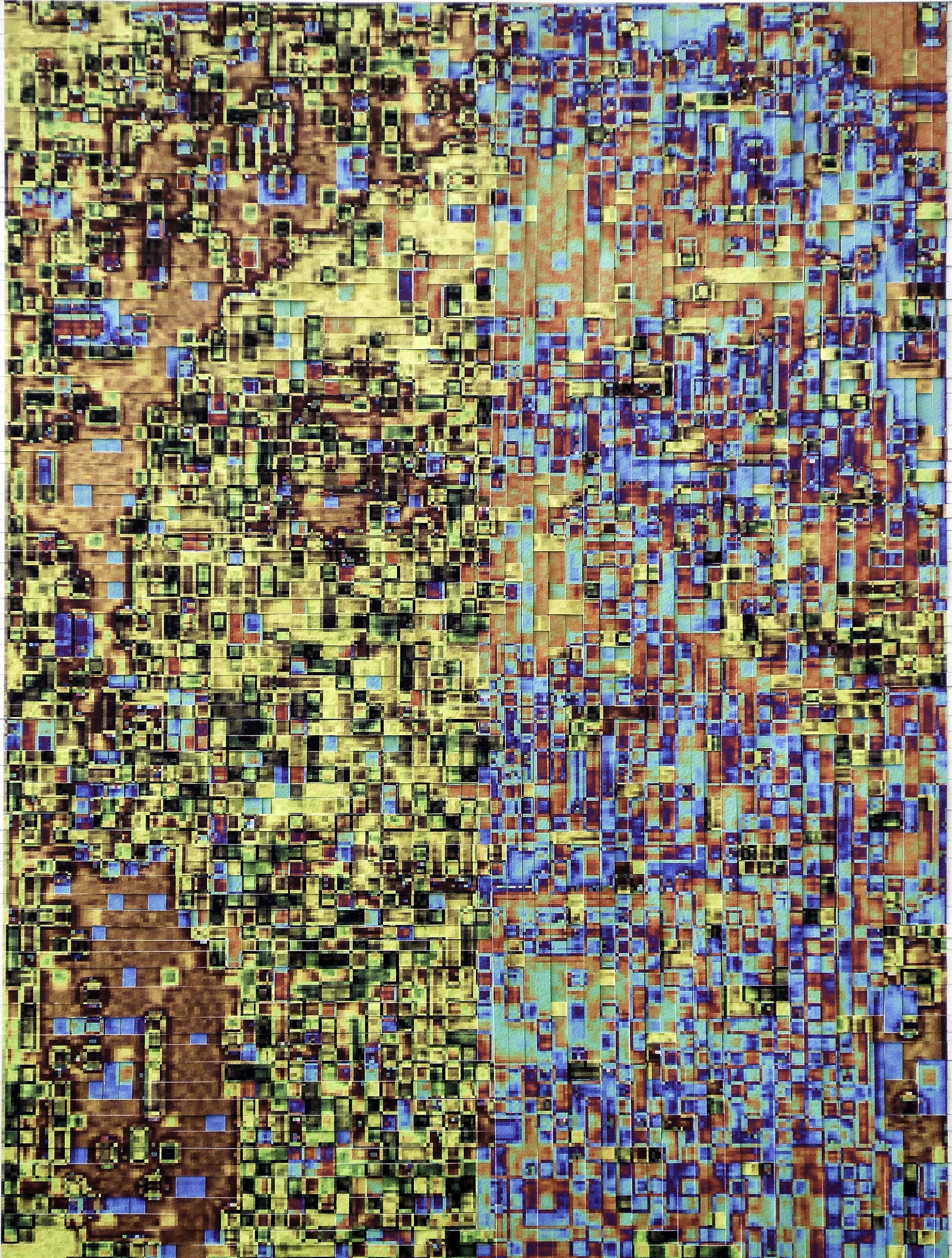 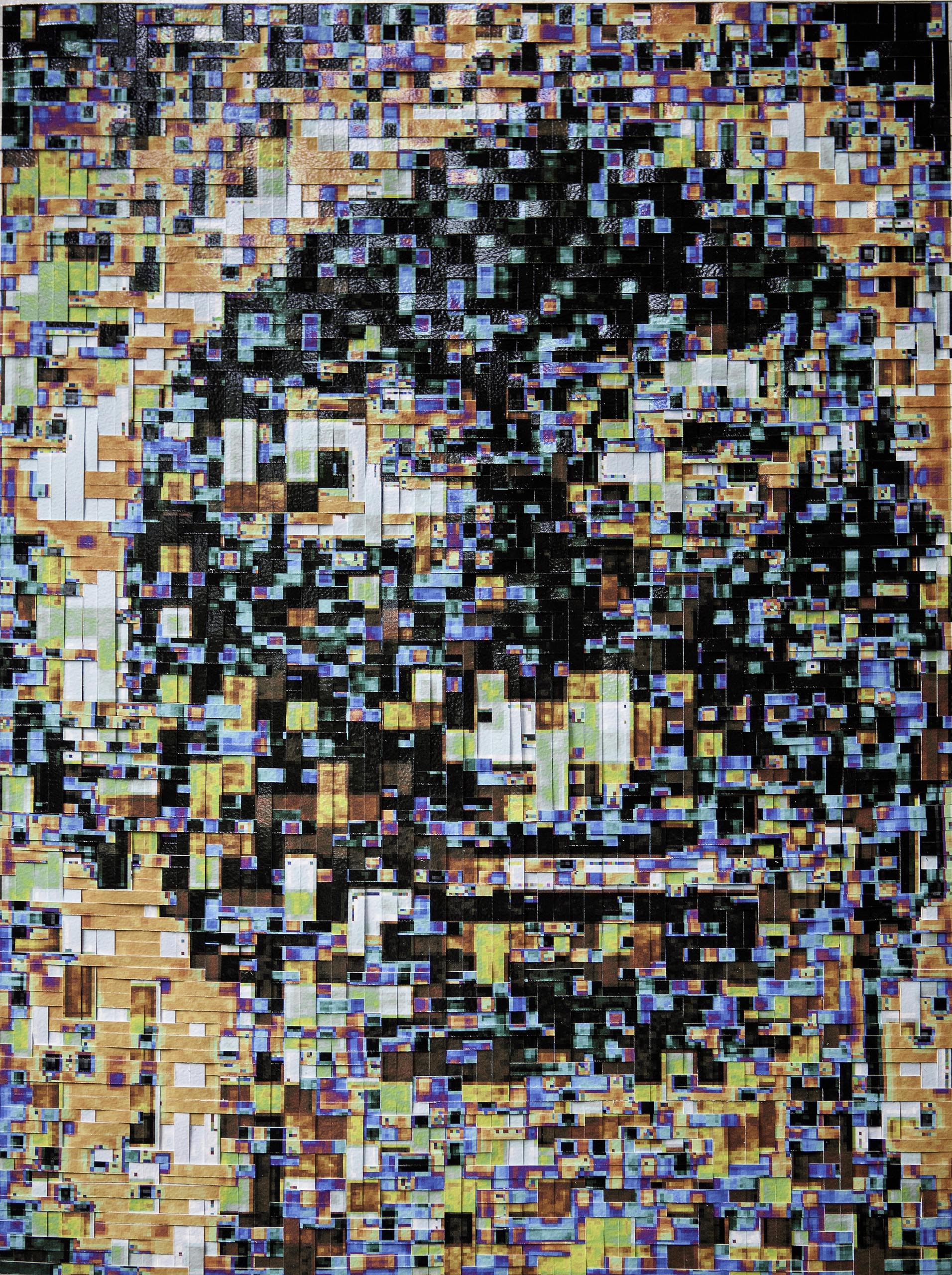 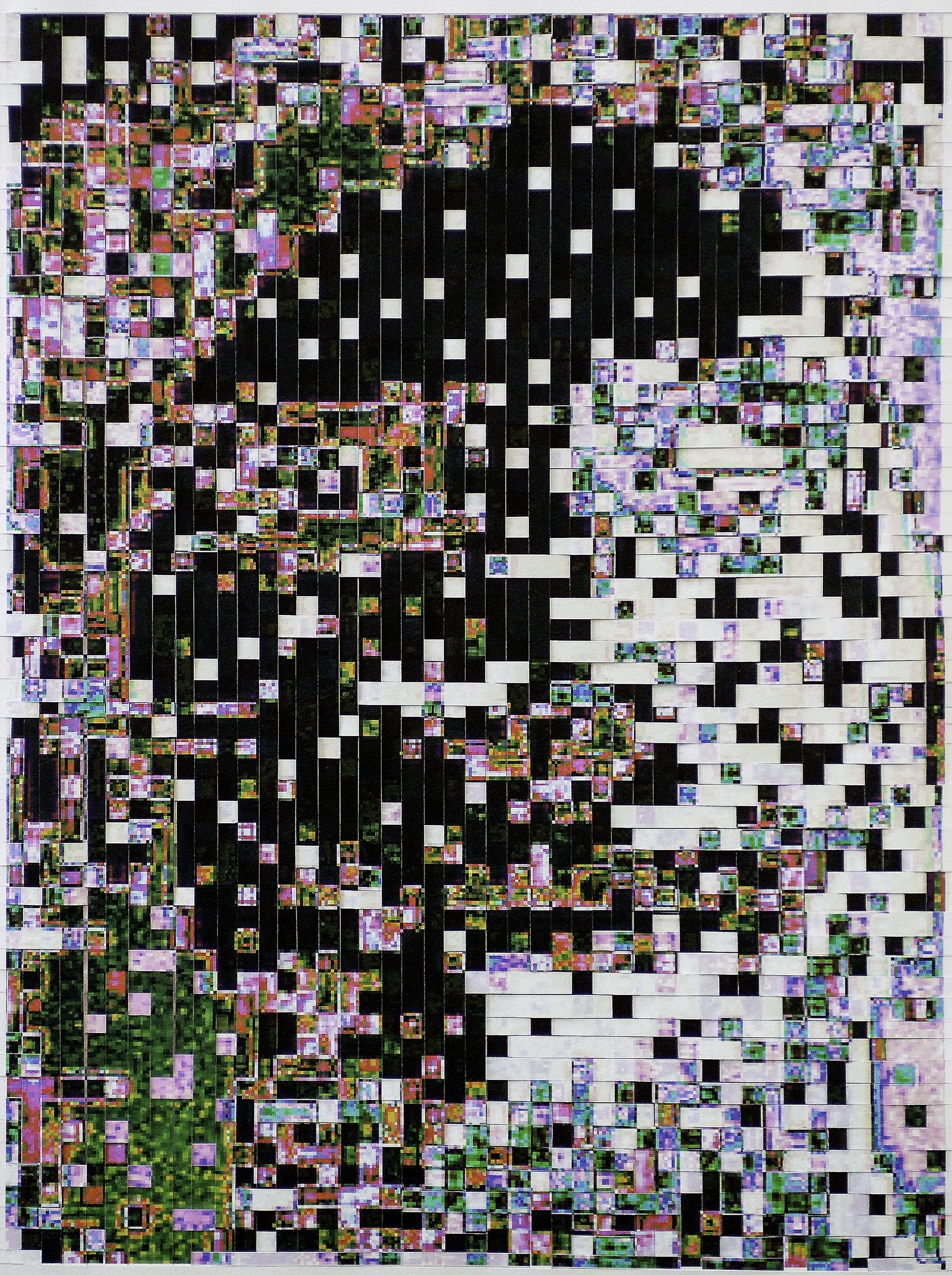 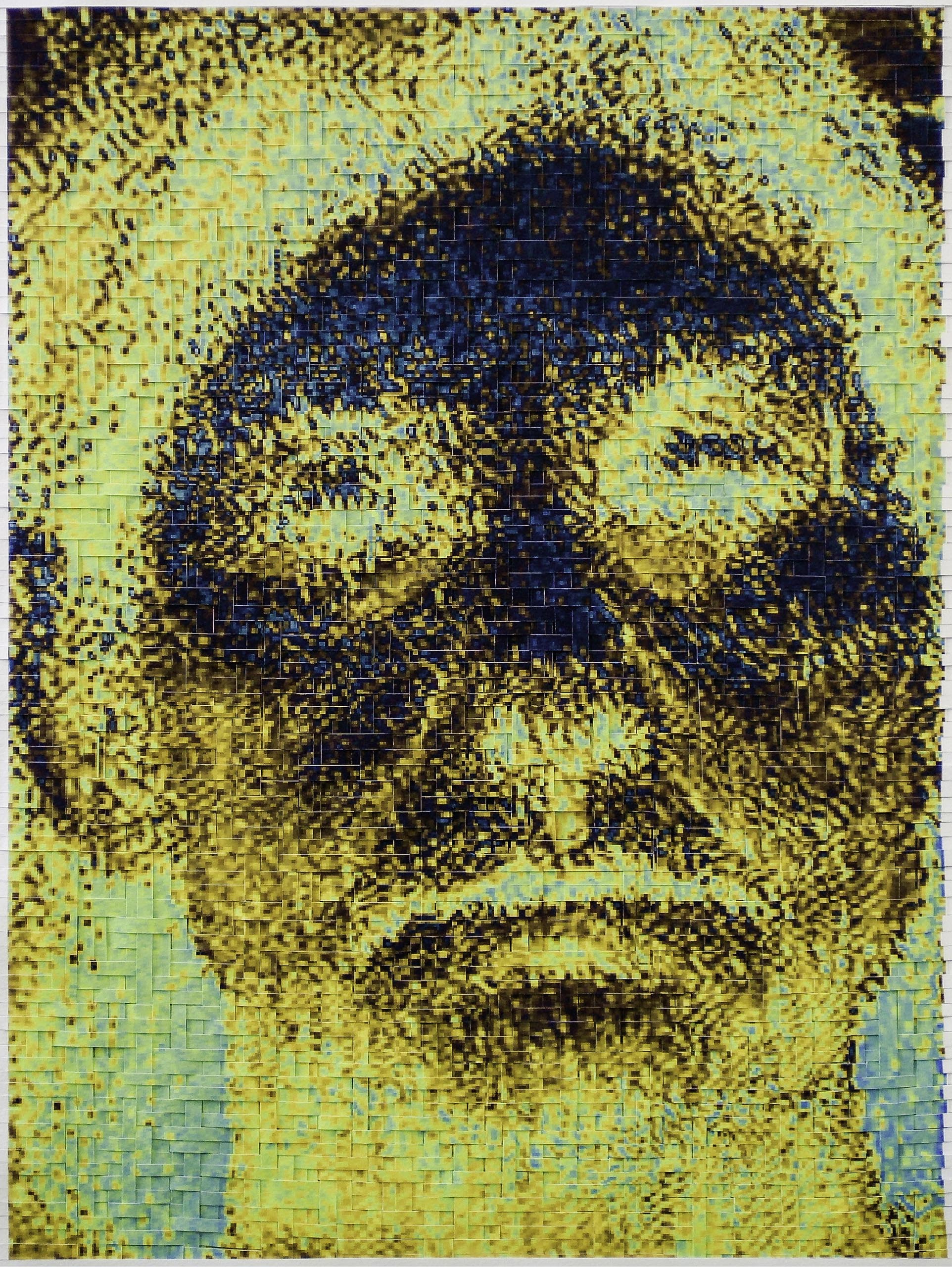 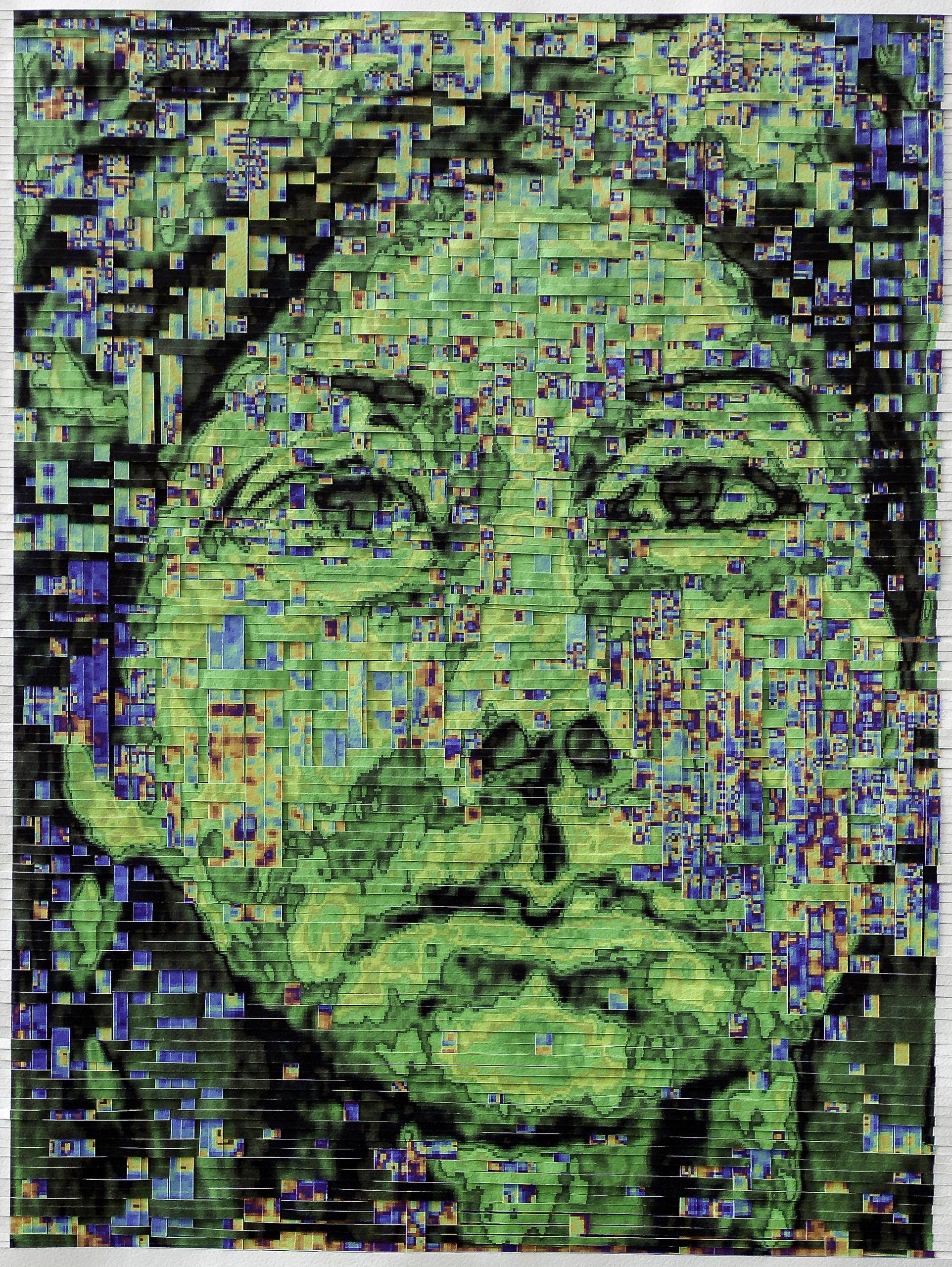 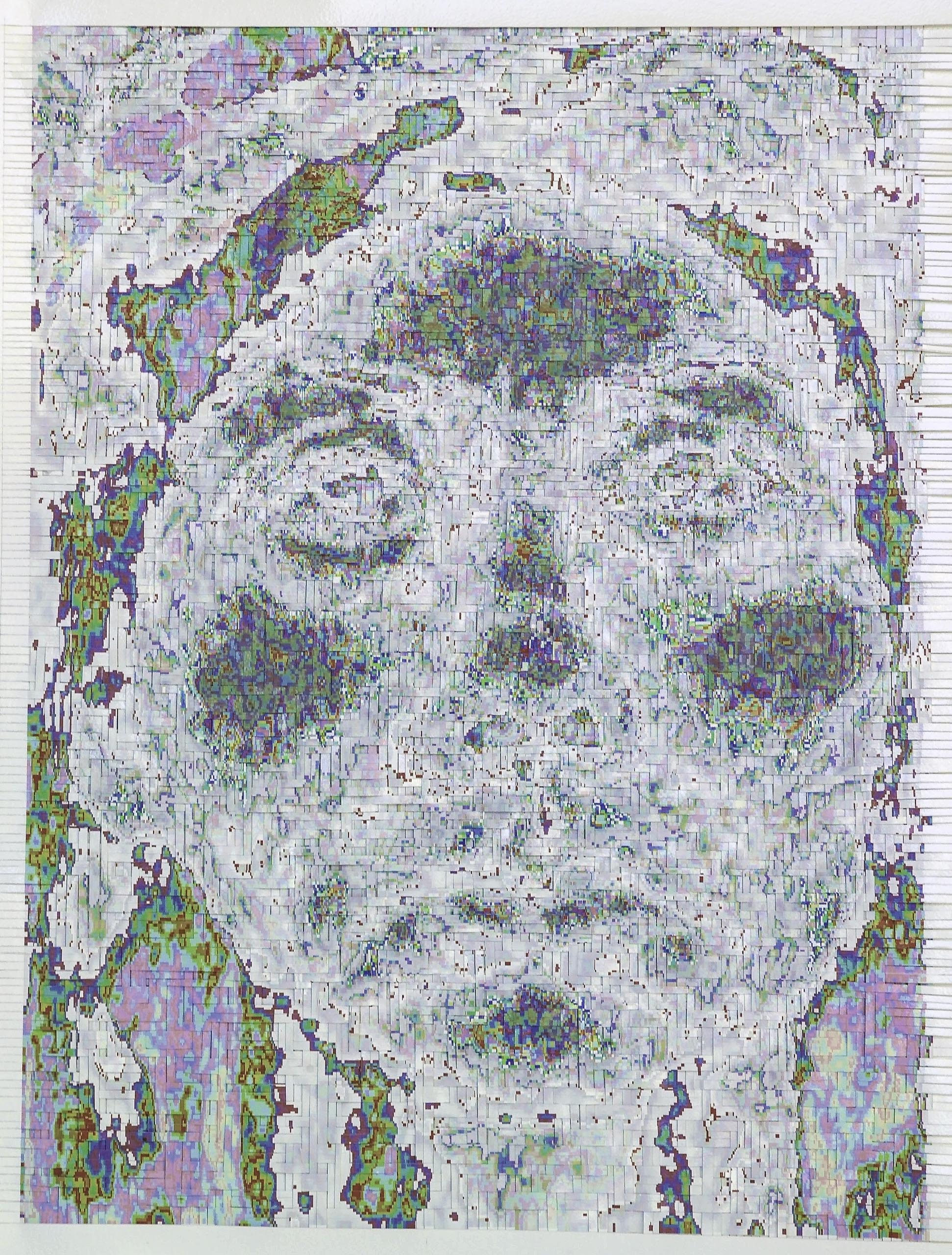 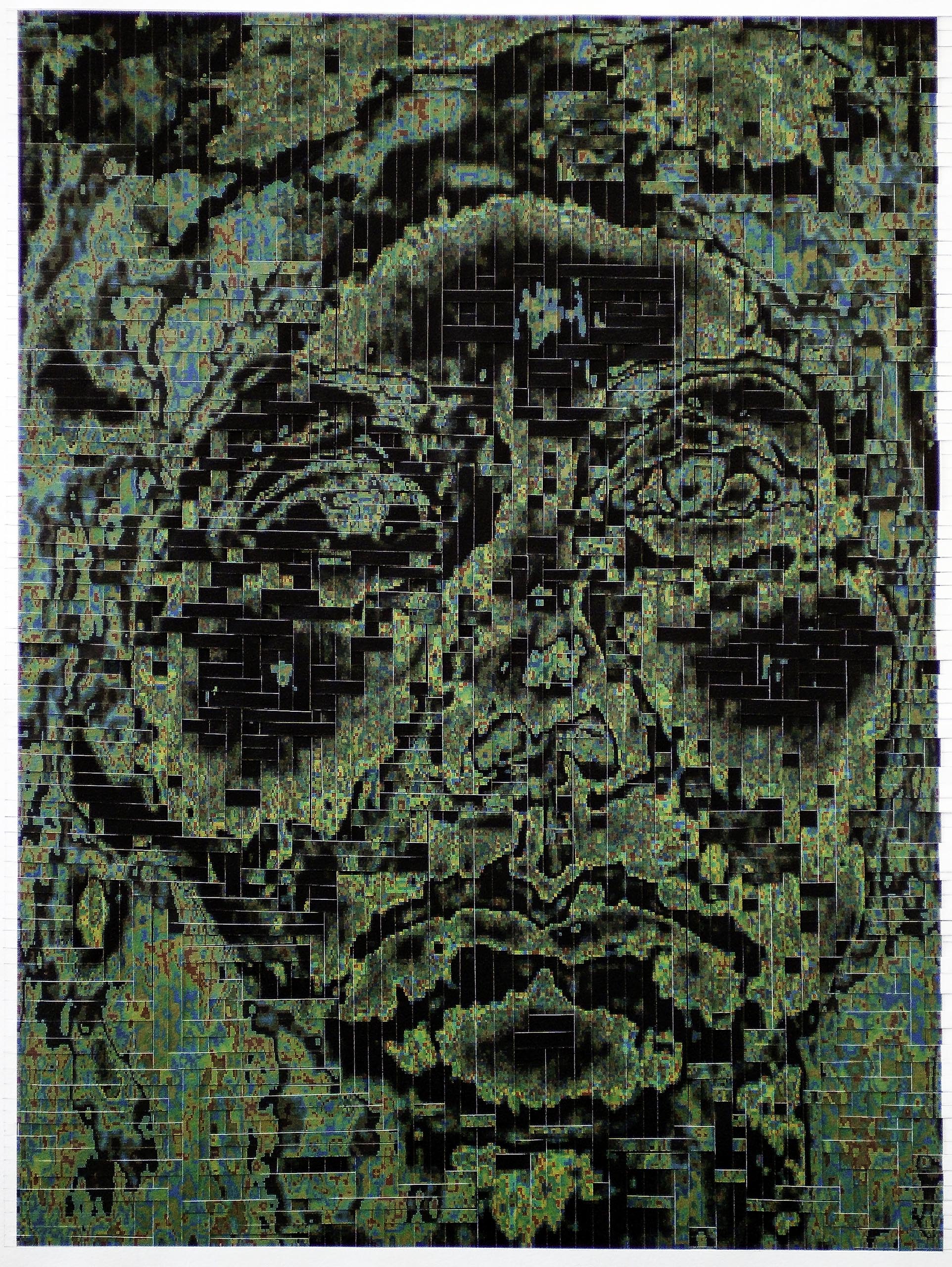 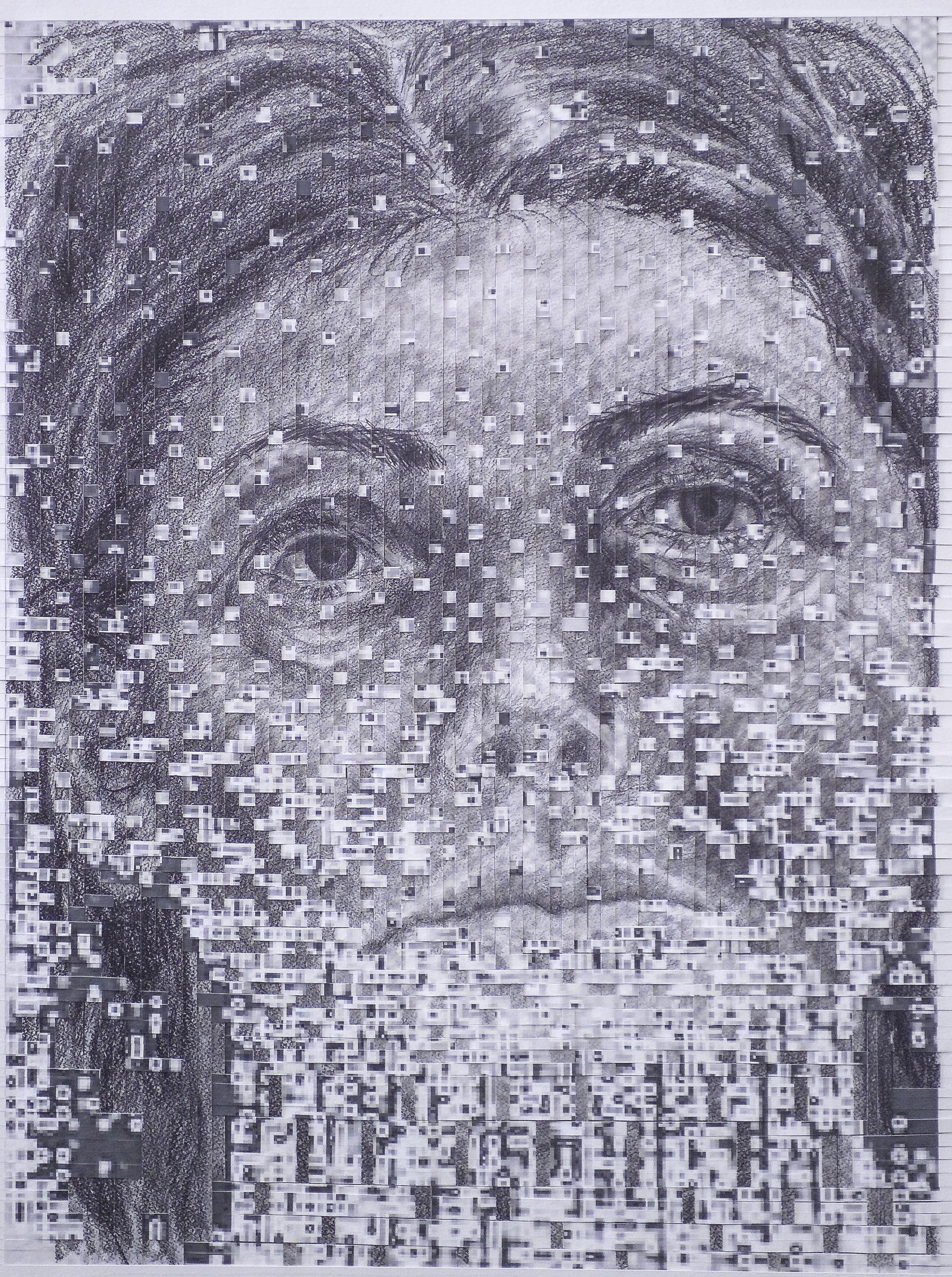