Encounters with the Elements: Ice Photodrawings

These works were inspired by a visit to the Jokulsarlon glacial lagoon on the southeastern coastal region of Iceland. Numerous chunks of glacial ice came to rest on the beach at low tide. I photographed these “ephemeral jewels” in the bright morning light. Later as I examined the digital files at high magnification I became captivated by the complex patterns revealed by the light as it traveled through and was reflected by the frozen forms within the ice and by the exterior shapes of the glacier fragments. Using an Adobe Photoshop© “brush” I traced the shapes and at times imposed my will on the surface to bring a modicum of coherence to this frozen territory. 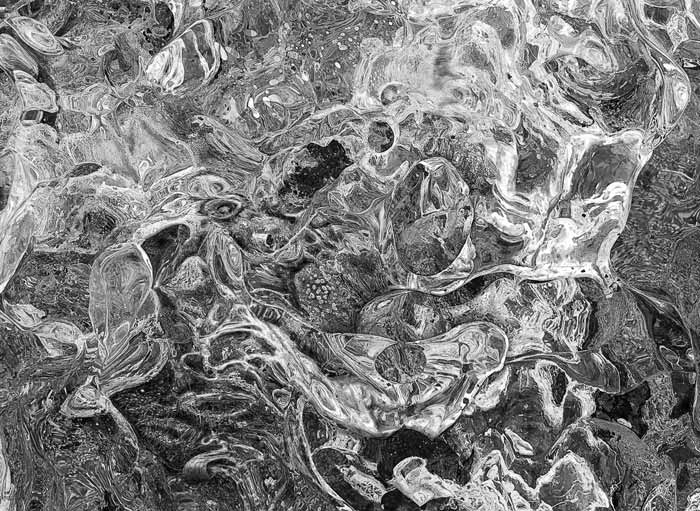